Readers Get All The Tools They Need To Properly:

Get “The Working Dead” Free!

The average family has over $10,000 in credit card debt

“When it comes down to it, in order to have the quality of life we expect and deserve, we all need to be “entrepreneurs” in our own right. It doesn’t mean that we have to own our own businesses. We just have to have control over our lives Not just be members of The Working Dead, slaving away to make someone else rich. To avoid that, we have to know how money really works and how to get it to work for us, just like the rich.”
— Lyle Benjamin

Learn More About The Author 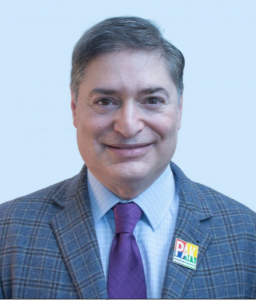 “Models work when they are appropriate for the particular circumstance, but some of the best investment Judgments
over time have come when people recognized that models derived in other periods were broken or not directly relevant”
— Abby Joseph Cohen

Regardless of Your Education, Income or Success, Most People:

“The Working Dead” Excerpt Chapter 7
The Bust of Our 401(l), 403(b), 457
Defined Compensation Retirement Benefits Plans.

In the early 1980s when more and more companies wanted to retire their pension and thrift plans because of their high expenses, large companies (Johnson & Johnson, PepsiCo, JC Penney, Honeywell, Savannah Foods & Industries and Hughes Aircraft Company) replaced them with plans derived from section 401(k) of the Internal Revenue Code.

This code allowed employees to contribute part of their pre-tax wages into managed retirement plans and receive a tax-deferment until withdrawn at retirement age. Companies were allowed to set up a percentage based matching program to sweeten the pot and encourage employees to participate.

On the surface these retirement plans were a win, win, win.

Winner #1: Companies got to scrap their high-cost pension plans matching a small percentage that kicked in only if the employee contributed a like amount to their retirement. But the best part was that all company contributions ended when employment ended. Pensions had companies on the hook for 30%, 50%, 70% of an employee’s annual salary until the former employee passed.

Paying a small matching percentage into a 401(k) plan for 10, 15 or 20 years amounted to what the company would have had to pay out of a pension for a year or two.

From 1981 to 2012 the number of companies offering 401(k) plans grew from essentially nothing to over 515,000 with over 52 million American workers participating to the tune of 2.8 trillion dollars. Can you whistle loudly?

By comparison, mutual fund assets held in retirement accounts (IRAs and Defined Contribution plans including 401(k) plans) stood at $6.8 trillion as of June 30, 2014, or 43 percent of overall mutual fund assets according to a recent report from the Investment Company Institute. 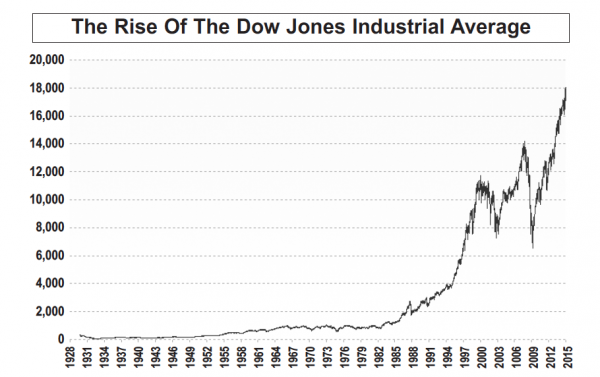 Point to remember: You don’t earn money in the Stock Market. You win it. Or you lose it.
And you can’t influence the outcome by working hard. You can’t predict the outcome by following trends. You can’t time the market. In short, you’re taking a risk by just being in the game.At best, it’s an educated gamble. At worst, it’s a free falling nightmare into a black pit that smothers your dreams in ashes.From my experience and perspective, the only people that should take the risk – are people that can afford to lose the money. And that’s not most of us

Winner #3: Uncle Sam. How does the government come out of this a winner? Well, remember that tax deferment you received when you put your money into a 401(k)? The one you were so happy and eager to get? Fast forward to age 65. You just had your retirement party. You plan on kicking back and traveling around the globe. One new country a year and shorter trips around the good ‘ole U.S. of A. Sounds like a dream come true.

Remember, this was a win, win, win scenario? Sounded great right? But we still have one more participant to add to the equation. Loser #1: Us. Our retirement is now largely in the hands of Wall Street.

Companies are fine with this because of the savings to their bottom line. For the company, it doesn’t matter how your retirement funds perform: It’s not their problem.

They gave us the freedom to sign-in, make choices, and they even contribute additional cash in the form of a match. In their eyes, they are the hero.

The truth of the matter is that large companies no longer have loyalty to short, medium or long-term employees. Their major focus is how they appeal to Wall Street. Anything and everything they can do to improve their “financial image” is seemingly fair game: Everything from cutting employee benefits to cutting employees.

I have an associate, Andy, who worked for IBM for twenty years. He managed a team of 144 programmers. One day his boss calls him into his office. Half expecting a raise, he’s told instead to look for another job. Andy, who took the job with IBM out of college because of their policy “IBM for Life” goes home and cries. He manages to transfer to another department and save his job, but IBM lays off over a thousand employees.

As you might know, this isn’t unusual. Many workers devote years and years to their companies putting up with everything from low wages and high taxes to unsatisfactory working conditions, unfulfilling work, unhappy bosses, unhappy co-workers and stressful commutes. And why do they do it? “It pays the bills.”

The hope that people can pay their bills, live comfortably, and build up enough for their future is beyond the sights of too many working class people. And for the ones that think they are doing enough to build for their future … ?

Well, this is what Time magazine said about investing in your 401(k). “The ugly truth, though, is that the 401(k) is a lousy idea, a financial flop, a rotten repository for our retirement reserves.”

But one of the biggest slams came in the form of an investigative piece done by award-winning CBS journalism television show, 60 Minutes, where they characterized it as “… a retirement system that’s jeopardized the financial security of tens of millions of people.”

We’d like to hear from you and see what you have to say on the subject. Any personal experience you’d care to share? Simply log-in and submit.
But now that we’ve explored how miserable, deplorable and shockingly ineffective retirement plans are for most of us, you’re going to learn that’s not even the bad news. It gets worse. Much worse.
Read on…
Get “The Working Dead” Free

16Things.Org
Working for the Betterment of Kids,
People & The Planet!

PlannedActsOfKindness.Org
Making the World a Better Place,
One PAK at a Time!