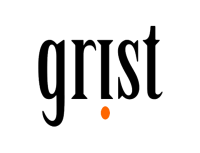 Think of the dangers climate change poses to animals, and you’ll likely picture skinny polar bears or cliff-diving walruses (collective sob). But it turns out that our overheating planet is actually wreaking the most havoc on creatures out of our sight: marine life.

Sea animals like crabs, lobster, and fish are dying off at twice the rate of land animals, according to a study published in Nature on Wednesday.

The researchers looked at more than 400 cold-blooded animals on land and sea, including lizards, dragonflies, lobsters, and mussels. They found that creatures that people rely on for food (fish, mollusks, shellfish) are among the most vulnerable, especially in the developing world, where many rely on them for a regular protein source.

So what’s going on here? Part of the explanation is that cold-blooded marine species have a higher sensitivity to warming, and many are already living at the edge of their species’ heat tolerance, according to the scientists. This is especially true for fish in tropical zones near the equator, where they are an important local food source.